First weekend of May for the last 4 years has played host to Alternative View conference at Horwood House arranged and hosted by Ian R Crane. A weekend of considerable quality guests and presentations. Plus 21st Century Wire broadcasting live from the venue, they are setting up just to my 2 o’clock.

That was when I initially began to scribe this post, my internal monologue going over what has transpired at the event so far. Palms are sweaty, and there is a steady trickle of adrenaline – For as Brian Gerrish said in the Saturday opening presentation, its about fear and action. Action conquers fear. Nervous yet focused, as called to be a guest for the segment of the show, my writing and the overpriced pint of Peroni at my side at that time keeping the tickle of anxiety at bay…

Alternative View is a unique conference style. The whole venue some 200 resident guests booked in plus day pass individuals. Here to commune and converse. Informal inter-action and discussion with the speakers. I have not attended since 2015. So it is dipping toe back into the water of wider discourse. This year David Ellis with an exceptionally well-researched presentation on EU Military Unification and the EU Defence Union. David DuByne focused on climate and the solar minimum patterns and the effects on worldwide food production. Gemma O’Docherty, an Irish journalist seeking to become an MEP, controversially speaking out about corruption. Dr Graham Downing, discussing many rabbit holes themed around transhumanism and future framing on identity. David Knowkes and his partner Lyn, demonstrating exceptional bravery in the face of very difficult circumstances. 5G rollout very much a thread of the weekend with 2 speakers on the topic. 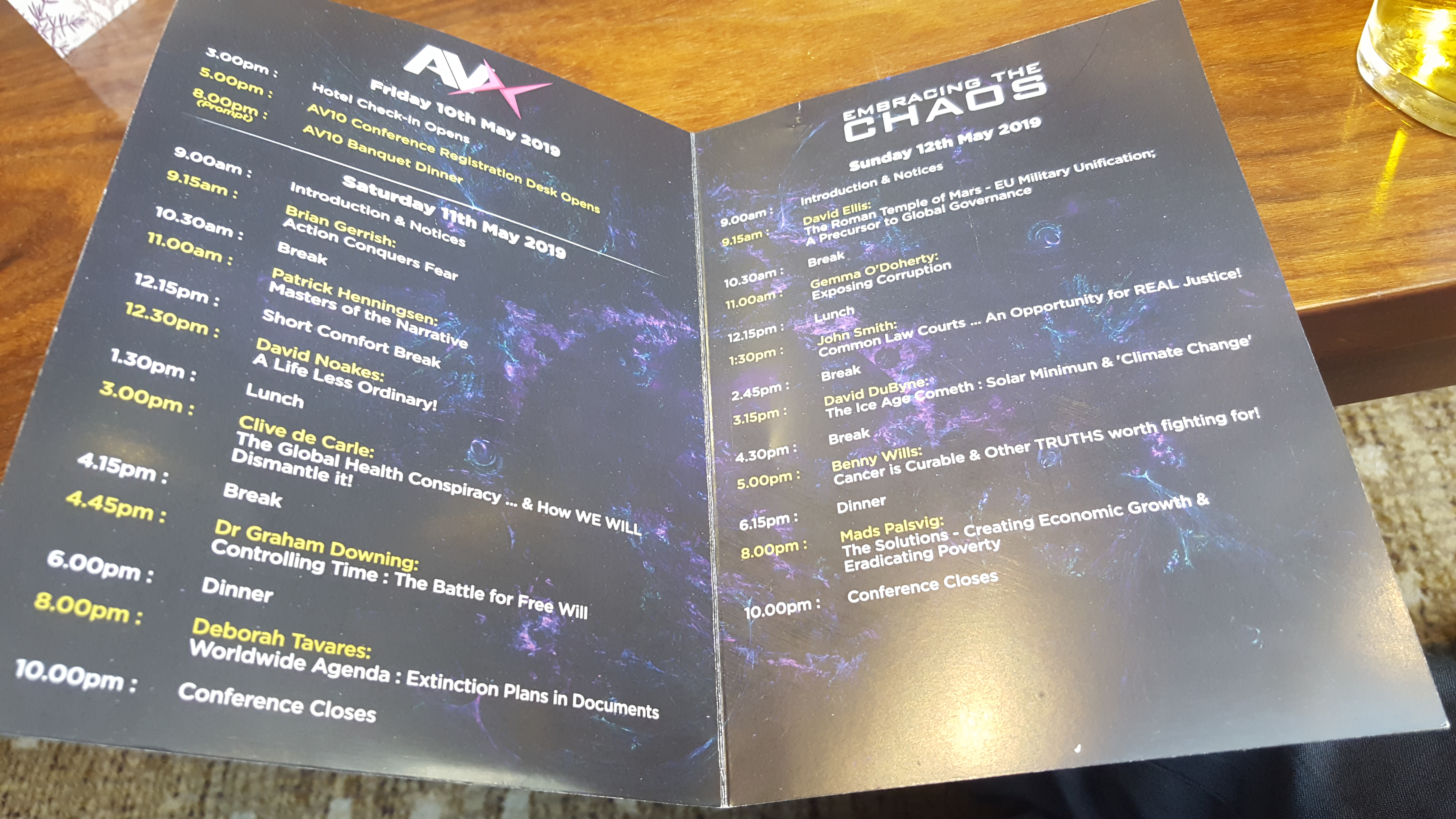 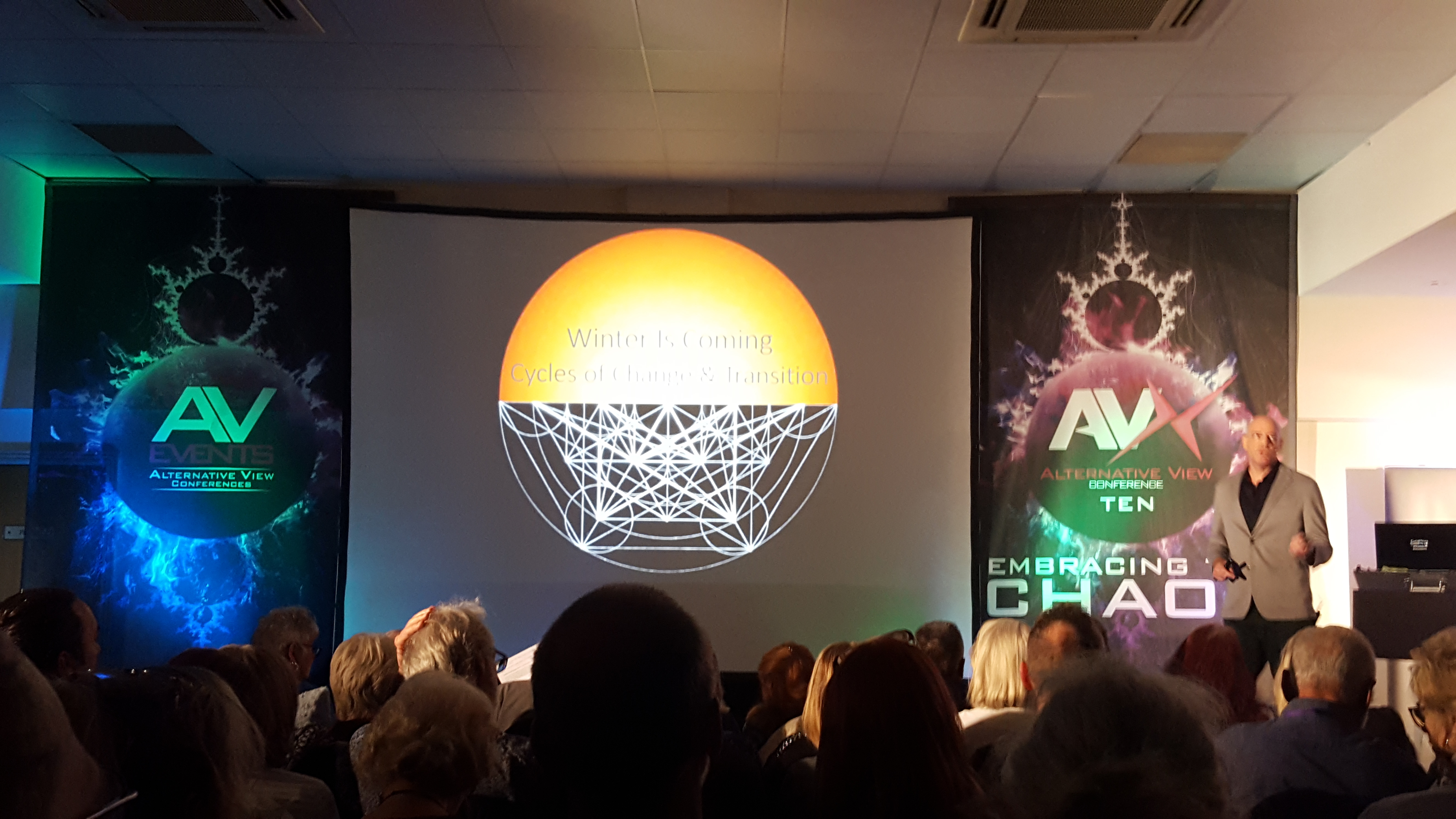 A powerful event occurred during the timing of the conference with the lawyer, speaking out about returning the brutality and heavy-handed police in France in regards to the Yellow Vest movement. A lawyer whom lost her role in a high profile law firm after confirming to her management she did not vote for Macron in the last election. She was returning from the UK to France during Friday evenings gala dinner. Altercations at the airport, physical. After a frenzy of calls and organization, she caught another flight came back to the UK and came to the hotel. Put up by the Alternative View team. She then joined the cast of speakers giving a talk at the Monday closing dinner.

Have engaged with many individuals over the weekend. Wide variety of perspectives and layers of knowledge. Amazing spectrum of people.

Those 4 years ago, I took a workshop with Patrick Henningson, a very busy one. Many voices and many people. I listened intently, took those coaching words of “If you want to be a journalist, you can.” Followed by richly experienced advice and inspiration. At the time, was dealing with a lot of factors. Wanted to wave the sabre and take down the system, for a lack of better term. Feeling it was not doing its role. Time rode on. It took a while, and the hardest kick in the ass to settle into an inner-peace and calm to take up the challenge of journalism. Wanting to do it on my terms, inspired also by The Joe Rogan Experience, Coast to Coast AM George Noory/Art Bell, I launched “Our Curious World”, which has lead me to talk to many different people, becoming a better communicator, embracing the melting pot of ideas and conversation. This also became my therapy. Taking the time at AV10 to thank Patrick for that workshop 4 years ago. He thanked me in turn for the feedback, threw the glove down, hey that would be a great story to share. This year have been about embracing the opportunity. A wave of the hand as show went to break. The sweaty palms cooled by the printed pint glass. It was game time. Cool cat and confident. Shared the microphone with Mike Robinson, Mike and David DuByne.

Episode is available from https://21stcenturywire.com/2019/05/12/episode-279-special-live-at-av10-conference-with-guests/#disqus_thread

Envisioned posting a few times over the weekend, as well as doing homework to and from the venue – Hands up! these did not come to fruition. Made some videos along the way, namely focused the journey and the quirks. These came out of the inspiration of Being The Elite and Dalton Castles style of Youtube video. Kinda candid and topical fun, frolics and the journey. Going into this weekend, it was an opportunity to get away from home and mundane routine. Embrace what drives me. Reconnect with Sylvia, whom we have been drifting apart somewhat. A soft reset and re-engage one could say. Came away with far more. Embracing the Chaos was very apt of a title for such a weekend. 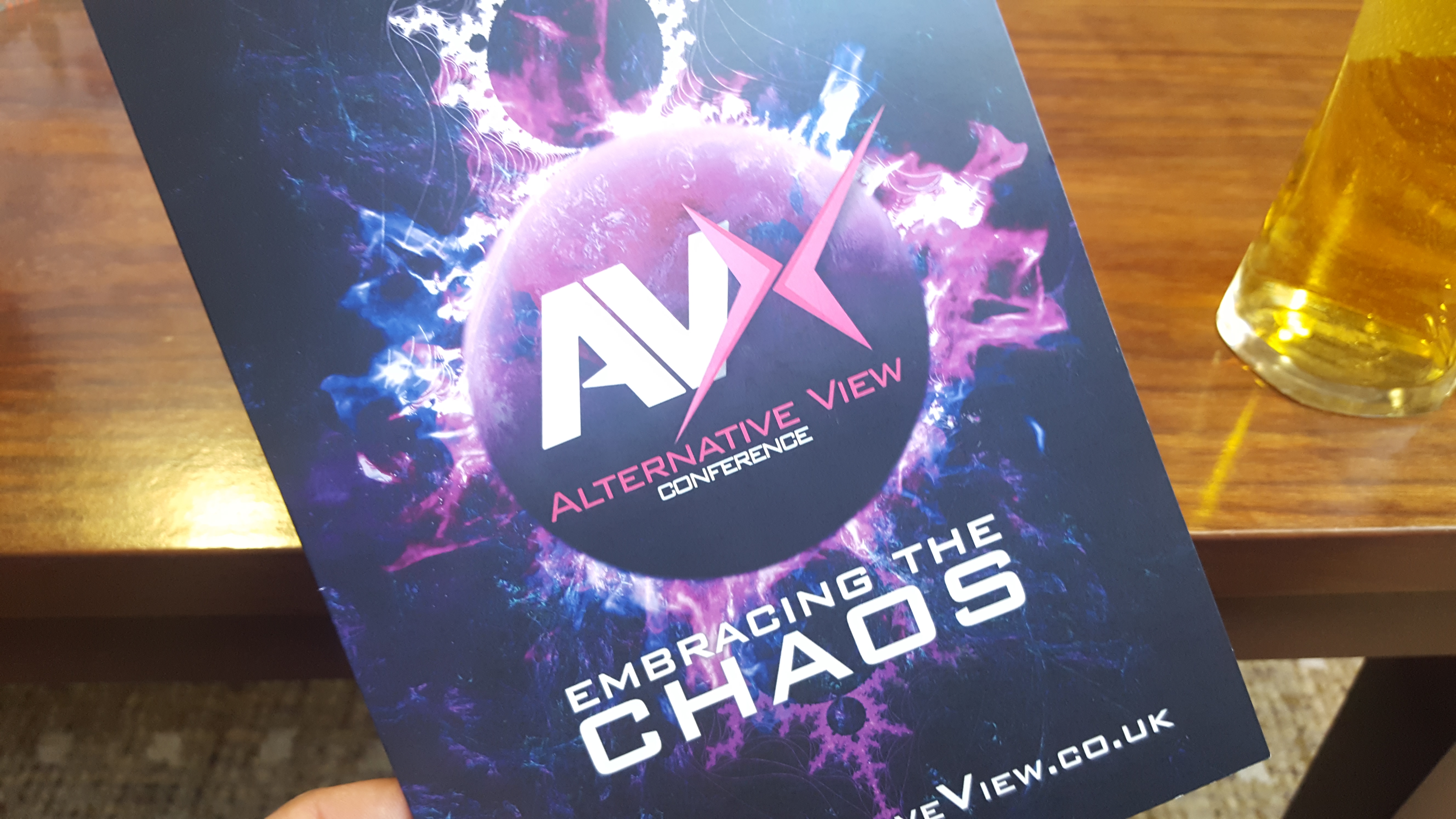