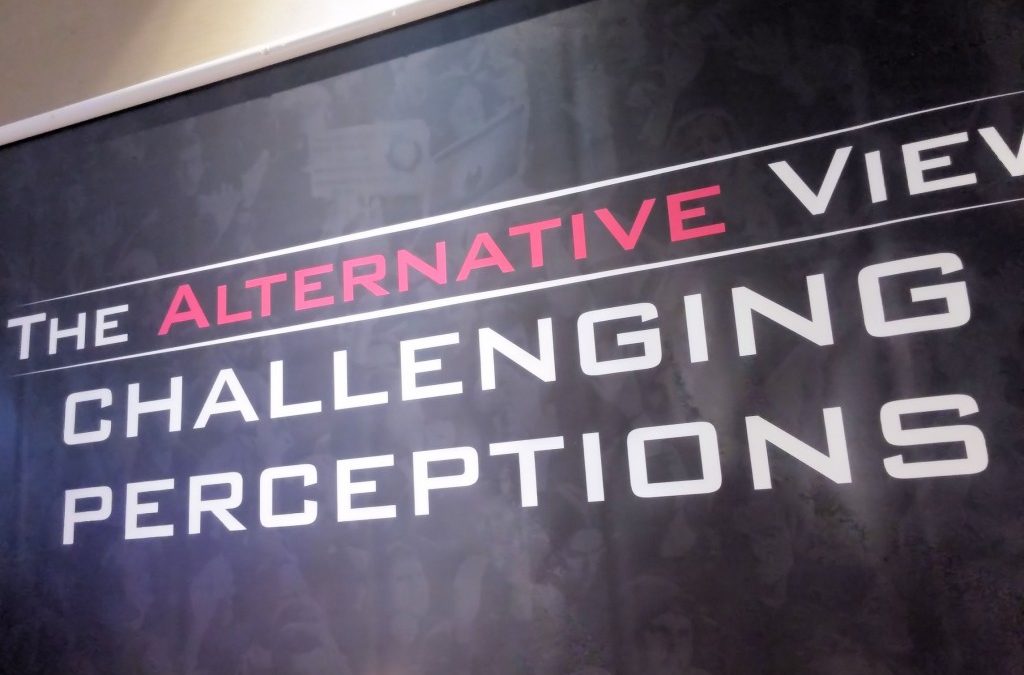 AV7 Alternative View. An exceptional bold event. Held at a secluded hotel Horwood House, in the countryside of Milton Keynes. Bringing together speakers from across the globe from various disciplines and experiences gave AV7 possibly the strongest line up of information one could ever receive. Set over the course of the weekend, whilst also encapsulating the Monday for workshops and a final presentation.  Ian R Crane and his close team have created  something unique with the AV conferences, where the audience has open contact for conversation with the speakers throughout the day. Probably why there was so little heckling or Q&A to the talks, because the audience knew they have the opportunity all weekend to engage. The audience represented every walk of life. An even keel of 50/50 male to female ratio. Each presentation was a packed full house, with eagerness to be enthralled in their talk. Presentations were a full day schedule of 9am to 10pm.

Themes echoed in talks and conversations of implementation of stringent methods to abolish discourse, democratic agreement, government expansion, privatization into the 2nd and 3rd sector and little to no accountability. NGO operating with impunity. An uber-oligarchy ruling from the shadows manipulating the geo-politics. Tax Havens. Illusion of wealth and increase in the depth of individual debt. Food designed to weaken us. Growth of the corporate managed police state. Courts not abiding by the laws, likely a word in the judges ear or something in the pocket. The even-darker world of people trafficking, occult, child abduction and murders.

‘We don’t have to agree with everything being said, or except everyones views. Let there be a coming together of discussion’ – Ian R Crane.

Intentionally over the weekend I engaged with each group, being sure not to sit at the same table speaking with those who had came alone to make them feel inclusive – because coming to an event of 200+ people and not knowing anyone is not easy. Met lots of wonderful information seeking people many no doubt conversation and actions will continue with.

I created a couple of VLOGs uploaded to Youtube. Sharing a brief recap of the day – You can view them on

On the Friday, as people were checking in and inter-mingling by the evening I’ll admit I had ‘reason fatigue’ and even second guessed that I had come in the first place. Many I spoke with, were very much of the David Icke influence. Very much out there, talking of vibrations, holograms, chakra energy, artificial intelligence with controls the Earth created by aliens to subjugate us, terra-forming, chemtrails, raising ones energy.  Its hard enough to discuss points as it is, which are at matter of importance. But to throw out there, aliens are out there, some hiding inside the earth who have control of secret space stations with are beaming down frequencies to change the human condition. Is what takes a subject and literally scares people into turning around and running the other way. Because it becomes so absurd cannot be taken seriously. I’ve alluded to one thread conversation there, however another which occurred on the Saturday. Where a self proclaiming guy who claims bees speak to him and have chosen him to be their Earthkin representative. ”They want us to stop using HAARP and wifi which is interfering with the bees and killing them. They’ve chosen me as their representative.”

”The bees, they spoke to you.”

”In English? Or do you understand Bee speak? and do you have 2 way conversations.”

”English and yes we speak all the time.”

”Bees do not have lungs for respiration, let alone the vocal cords or a traditional human mouth to shape the sound. How it is they talk to you?”

”Oh Fuck off, I’m not having this.” Got up and walked off in a huff. Only to grunt or tut at me whenever we passed each other from that point on.

Was called a ‘freemasonic satanist’, ‘You’re no better than a Rothchild’, but ‘You have nice eyes though’ by a lady holding a table, giving away many leaflets and DVDs. She was an absolute free-flowing ramble of everything. Proclaiming also that I am a witch with a bad auric field. That I am keeping people from the truth. ”I’m not the one claiming supernatural abilities, extraordinary claims require extraordinary evidence.”

Passion is admirable, however there is a fine line between reason and so far out there one cannot be taken seriously. If no-one is being the standard barer of reason, then I will take the mantle.

There was also a gentleman who on the Saturday I was generally talking with in a small gathered group, who stated he was MI6 and showed us a badge. Whether genuine or not is unknown. Not quite sure, one would announce such things or show such items.

It is a challenge that Patrick Henningsen spoke of in his workshop on media. ‘Keep it true. Hold yourself to account.’

As with every time I stay at a hotel, I always leave a body. Just got to put the willies up the porter. For a laugh and for a smile.