Home > Blog / Journal > Keeping oneself active in mind in hospital. 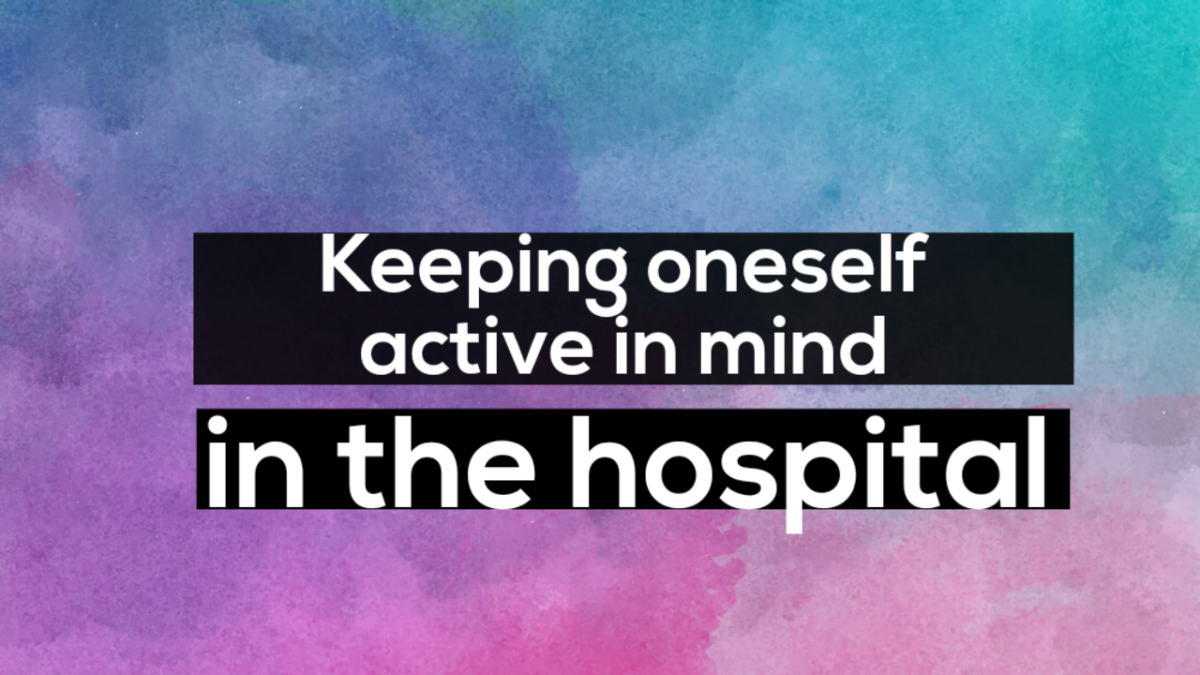 Wasn’t sure whether coming or going. Whilst being cared for by the NHS at the Critical care ward as the body fights, the task of keeping the brain active is one didn’t expect. Difficult nights after difficult days, having ones phone for company as the source of Information and entertainment proved.

The messages of kindness, warmth and support are welcoming in keeping your mental strength up. Yet is surprisingly taxing! Ultimately wanting to reach people to let them know your current status is wonderful. The technology to interact that social media grants us to be able to do such a task near effortless. Friends, contacts, family and colleagues all showing compassion. Gives you a warm fuzzy feeling.

People are very good at like, is there anything you want? As simple as an answer is, its not an easy question to reply to. Ultimately no, I’ll be fine. Will keep self busy. Had some surprises and some useful drop offs. Firstly, Alice dropped in a puzzle guide of Mindfulness. A thick puzzle book of fluff, mandalas, mazes, spot the difference and arrow words. This is going to make me sound ungrateful. It was overwhelming. Intimidating and meant to fill time. If there is anything, I can always fill time. This weeks magazine of Private Eye and a National Geographic book. The kind you find in a typical hospital lobby or waiting office. National Geographic focused on the Titanic. Not quite the survival inspiring read. Haven’t got quite through.

There is urge to play games or rather finish a game I’d started. However the position of leaving in a hurry via ambulance meant picking up of the Switch wasn’t on the agenda before I left. Itchy fingers and a twitchy mind. Wasn’t to bad at first or second night.

The idea of catching up on a few shows is a tasty one despite the circumstances. Have been watching through The Expanse on Amazon prime video. Yet could I find the correct episode was up to? Nope. How many had I missed? Tried to watch Taxi the Luc Beeson movie. Eventually settled to watch Star Trek Lower Decks but the fast paced almost drug fuelled nature of the plot and style. Failed to engage. I gave up and just closed eyes to sleep.

Another parcel of a letter and package of goodies. Sweet and sour popcorn a welcome tasty treat. Surprising how much a good letter can cheer one up. My Libby account finally enabled. As an avid reader of the Fortean Times and New Scientist. For those uninitiated it’s a useful app, hundreds of monthly magazines and daily newspapers to borrow via your library card. So have been able to get my quirky fix of science and strange phenomena in one place. Looking for other wider news sources and magazines. Reading through international papers. No matter what magazine on the newsstands you may well find it available with Libby. I must get a reply wrote up to reflect the effort of a lovely letter.

Alice going above and beyond with some clean underwear. So very grateful. A virtuous nightingale of support. Her stories of keeping her sister supported during long stretches in hospital

Subjects are ultimately subjective. Finding topics which keep you a little more sane than if you were not busy. My friend Sam, dropped in some useful Bluetooth earphones for some personal listening. Few get well cards have dropped in too.

There’s been a sense of being able to catch up with a few things. That blog, that story, those scripts. Have been able to pen an article or two. Craft a little submission for ASSAP. Vomit draft some ideas down and put a little thought behind an overhaul of some content. Looking to add to the story have been working on for some time.

Ever thoughtful colleague friend Jenny sent over a puzzle book, not sure can get nitty gritty behind another but a pleasant distraction none the less. Maybe should enter the prize competition?

Breathing has become a lot less laboured and am able to visit the loo and shower on the ward now have been moved to a Respiratory ward. Still having to wear oxygen and carry a tank getting about. Still lots of woods and trees up ahead, yet here is a clearing.