Home > Featured > Memories of my mother: Turves. Her encounter with Mrs Palmer – ghost. 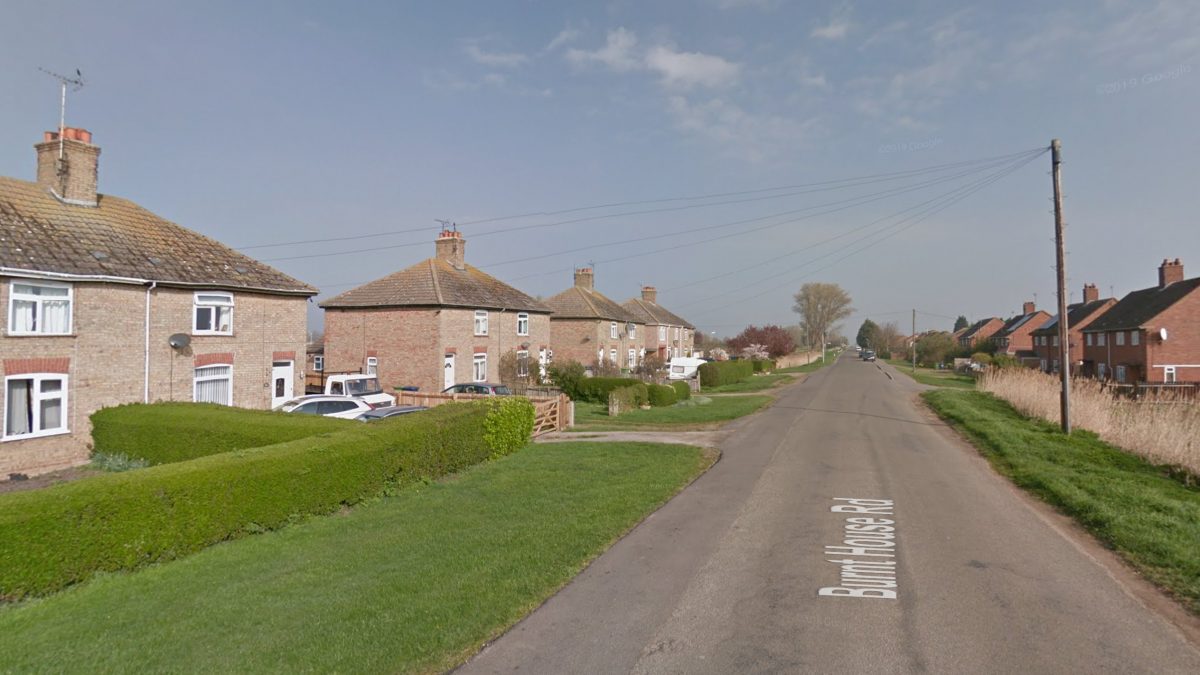 Generation to generation from time immemorial stories and skills are passed down. Parent to child, parent to child forging a legacy of values and knowledge. Growing up my mother would tell me and later to my sister too of stories of events that occurred as a young girl. Not sure, I’ve have shared these stories down to my children or to the wider family, of her time living in a quaint 8 house street at the time known as Burnt House Road. On the lying outskirts of the Peterborough district, in a place called Turves. Views of the farming fields as far as the eye could see and nothing much else for many a mile. A place where unusual encounters of strange phenomena were afoot, the stories of which left a lasting impression on me.

Kathleen, my mother. A name she quite had a particular dislike of I may add. Preferring Kath or Kay. Was the first of 4 children, the only girl. 3 brothers, Richard, Leslie and William. My uncles. Born to Stanley and Madge Lander. Mother described how much of her early life, as was frequently the case for serviceman they moved around a great deal. Whittlesey, Aldershot and Wiltshire being 3 places I recall. She enthusiastically spoke her frequent Sunday picnics at the megalithic site of Stonehenge running around with her close brother Rick. Hiding amongst the grand ancient stones Fully open and not gated off as they are today. Stan also known as “Jim” to Madge. Sure there must have been a private in-joke there between them, never explained to the wider family. Maybe no-one wanted to ask! ^_^

Stan had a former colleague whom he was stationed with or who was perhaps his senior, who owned the house at Turves. A gentleman by the name of Mr Palmer. Unfortunately, a first name does not come to memory. Don’t believe my Mother ever said one, other than to refer to him as “Mr Palmer”. The year being 1967, children addressed adults by title.
Stan and Madge lived in Whittlesey. A small village at the time, outside Peterborough. With a growing family, the youngest brother Will now 4-5. Mr Palmer looking to downsize from the 3-4 bedroom house, having lost his wife a number of years prior to age and illness. A mutual exchange of housing was amicably arranged. Mr Palmer would then on Sundays come around for the accustomed best dinner of the week.

Mother would talk about how she had the back bedroom. It got cold and had a chill. Nothing would warm it. One of the brothers who had originally been in the room suffered really quite badly. There was a concern of pneumonia. So they swapped her to the “backbox bedroom”.

Mum was 12, when she lived at the house in Turves. She didn’t say or perhaps I cannot recall how long they lived there before events began to occur. She had a vivid way of telling stories, those little notes of detail describing the scene. Her first experience was innocent enough, she described how one of the brothers did not sleep without the light being on. But she couldn’t. So they would leave the landing light on at the top of the stairs on. So her door was always closed at night. She claims she found herself woken up, with the sound of her door opening. Apparently, the handle had a slight squeak or was it a floorboard which let a light squeak when someone first steps in? Either way, she said she sat up and noticed the lack of light on the landing. Calling out “Mum, is that you?” Thinking perhaps the power had gone out as it often did. The door closed.

Mum explained how one particular night, she was woken up to see a woman stood in her bedroom doorway at the bottom of the bed. Which frightened her. The woman spoke and said, “It’s ok, I’m just here to do the cleaning.” Mum was utterly vivid when she explained that “She was as solid and real as you are now.” An elderly woman, who Mum described as wearing a pinny tied around her waist. Hair in a short perm with a feather duster who went around the room, Mum went on to describe how she was wearing a pair of “moccasin tartan slippers the ones with like a pom-pom on top”. She was very chatty and walked with a bit of side step around the bed and sat down on the bed. Continuing conversation. Before leaving the room, shuffling backwards as she closed the door. Wishing her a “Good night.”
In the morning, she described the events to her parents and the brothers. Who all disbelieved her, dismissing all notions of an elderly cleaning lady with a duster.

Mother described the next time the lady appeared in the middle of the night. Events repeating as they had previous, dusted and sat on the bed and talked. In the morning it was discovered a handprint was left on her dresser mirror! Not one of her making, the size larger than her own. Each of the boys measuring their hands against the imprint. My Uncle Rick, confirming this event when I stayed with them at their home in Winchcombe in 2018. “Didn’t match no-ones.” Holding out his hand reliving the memory, “Bigger than mine and Kaths”. It’s not known what Stanley and Madge thought about this, other than dismissal. However, this also came with another event, missing jewellery. Mum described how she had a jewellery box on the mirrored dresser. This was open and a number of pieces were missing. Jewellery given to her by Mr Palmer.

The weekend rolled around, Sunday dawned and Mum and Madge were preparing dinner. The rest of the kids playing outside. Mr Palmer’s car drew up with welcoming hellos. Over dinner, conversation flowed and brought up was the events of the late-night visitations. Stan apparently told Mum not to “talk wet” and to be quiet. Mr Palmer insisted on hearing the story. Mum explained to me, how she described to him. About the figure, the feather duster, the pinny and the “tartan moccasin shoes with the fluffy pom-poms on top.” It was at this point, Mr Palmer said: “You’re describing my wife, Mrs Palmer!” Further, about how she would insist on dusting around all the rooms! Would love to have been a fly on the wall at that moment in time.

The topic of the Jewellery came to the front with Mr Palmer, maybe at that dinner maybe another time. It was at this point my mother describes how Mr Palmer produced items from his pocket. The missing jewellery items! She said, he said that they appeared on his bedside locker. Noticing when he woke up one morning. A game of Mrs Palmers appearing, jewellery disappearing. Only to be returned each week on Sunday when he came for dinner. It wasn’t made known how long this continued for. I got the impression it was frequent. From the gestures and explanation of him coming each week and handing them to her again, and again. Perhaps Mrs Palmers was insistent that Mr Palmer kept them.

Was likely the first ghost story I heard. Featuring an apparition who engaged in conversation. Had a physical presence, interacted with physical objects. I remember as a child, visualizing how the jewellery must have travelled from Turves to Whittlesley. It’s a distance of 5 miles. Moving through the window and levitating all the way down the winding country roads. Apported? Disappearing from one place and appearing in another.

Took some courage to write this, yet it’s been tickling my thoughts like a need and a nag for a few days now. That voice on the shoulder, saying c’mon get it down and put it out there. It’s personal on many levels. Wasn’t until I was crafting and scribing that the name “Palmer” leapt into my mind. After an absence of not recalling, then the fuller flow came in of story. Would really like to revisit the location of this house. See if those who live there today experience anything similar or previous owners. Using Google Maps to bring up the location, the pictures of the houses in the title are in fact the higher numbered houses up to “54”, yet they appear very much to be the oldest builds on the road and of that era. All the rest are very new beyond those 8 in the photo. Number 1 being at the newest end, very high cost large estates. So wonders if the original buildings were demolished, or the number of the streets reversed, or it’s just a Google screw up of the numerical order.