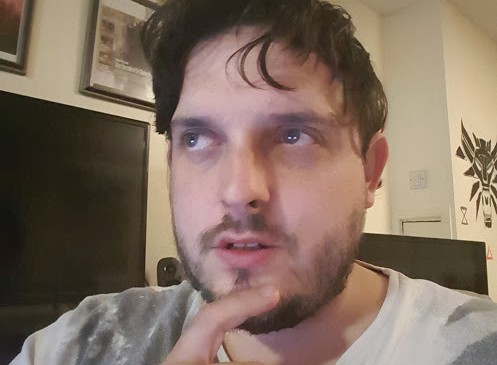 Memory fading…? Our own personal worse fear. More than any height or the spider in the bathroom. The sense of existing forever we all feel inside confronted by the stark face of mortality when it starts to break down. Where did I put those keys down? What was your name again? Forgetting words, you know you knew. Am I going to become a husk of my present self unable to recall even my sons name in time to come? The reality of what I am now potentially looking at down the line. 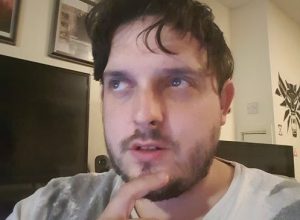 Is it just a lapse in concentration of the moment, just as with the keys or the cooker switch? Our focus may be elsewhere and thus categorize it within the not important to recall folder in the mind. Then when it comes time to recall, its like ermm I think I remember doing x, then y and then z. Probably very common. As the trials of the months that is the year of 2017 have been passing, cannot help by notice an increase in how many times I have forgotten simple things. Going to double check as unable to be sure.

We lived in a place called Yaxley, outside of Peterborough, UK. A small to mid sized town. Lived in 2 different places there. One a quaint small flat, The floor a patterned green carpet. Mothers black and white tv, on a cabinet holding multiple LPs. Very clear of the layout. Before buying a house on Queen Street. Where my Uncle Leslie would come over with his Alsatian dog Cleo in the car. My mothers husband at the time, Melvin. A particular time, its very early morning its Autumn. No firelogs, back in those days was all coal fires. Melvin and I go to the local woods and collect some wood. I pick up a curved branch, and say to Melvin that its like a bow. According to the paperwork. My mother and Melvin separated and filed for divorce in ’86. They took out the house in ’84. Being born in 1981. Meant these vivid memories are from when I’m under 5.
I’ve a large room. double bed, a sideboard full of teddys. In the house, there’s a second room upstairs a toy room, unpainted. On the wall drawn upon the plaster is child drawn faces in yellow wax crayon. They scare me, I do not like going in this room. Despite my bigger toys being inside. I pretty much dare myself, and try not to make eye contact with the drawn on faces. My memory is full of vibrant memories of the consequent years too. So why am I now forgetting?

My grandmother on my mothers side, in later life suffered with dementia. I recall my mother talking about it, when we moved relatively close to them on the same road. When I was about 10/11. That my grandmothers memory was slipping and more noticeable. Concerned she may leave the gas on, or forget she was cooking. Concerned also that people may take advantage as she was a market trader with her close friend. I deeply regret not spending more time visiting her, before she passed a couple of years ago. The last time I saw my grandmother, she was very far gone but she ‘knew’ me. Held my hand. Could see a semblance of someone still within, only distant. Tears welling just beneath my eyes as I type.

What can I do to kick it down the road?

Have been aware of developments in regards to understanding how dementia and Alzheimer disease are accelerated for sometime. Metals passing through the blood/brain barrier. Many patients of dementia and related diseases are found to have increased levels of heavy metals throughout the body in particular the brain. The adverse impact of heavy metal toxicity is likely to become more pronounced in those who have been subjected to exposure to heavy metals in their environment at an early age, and those who have been exposed to relatively lower levels of heavy metals continuously throughout their life. Just typing the word Dementia into Google, the top suggestion was its link to Aluminium ‘Dementia and Aluminium’

Three particular metals are frequently on the list, these are Iron, Aluminium and Copper. Aluminium is known to science as an acute neurotoxin.

Link between Aluminum and the Pathogenesis of Alzheimer’s Disease: The Integration of the Aluminum and Amyloid Cascade Hypotheses

Taken from the abstract of the publication  ‘aluminum is a widely recognized neurotoxin that inhibits more than 200 biologically important functions and causes various adverse effects in plants, animals, and humans. The relationship between aluminum exposure and neurodegenerative diseases, including dialysis encephalopathy, amyotrophic lateral sclerosis and Parkinsonism dementia in the Kii Peninsula and Guam, and Alzheimer’s disease.’ https://www.ncbi.nlm.nih.gov/pmc/articles/PMC3056430/

“Chronic low-level exposure can lead to a wide array of problems, ranging from neuropsychiatric disturbances such as aggressive behaviour, memory loss, depression, irritability, and learning deficits.”

I will approaching my GP for a referral for tests for heavy metal toxicity. Seems this is next logical step to take.

Keeping ones mind proactive building new neurological links and connections is a key component. Taking up new skills and activities is said to drive this, will be actively seek to do just that. This blog will form the first part of what will be an ongoing series of developments as we travel this road, please join me with suggestions ideas your own stories and successes.
Kristian

Kristian Lander on Facebook and of course right here on KristianLander.com type your email on the mail page to receive notification by email of new follow up articles.

Tags #Alzheimer and aluminium #alzheimer disease #am i suffering dementia #blog #Dementia #forget #forgetting #how to reverse dementia #Kristian #research #study #will i get dementia?
Previous