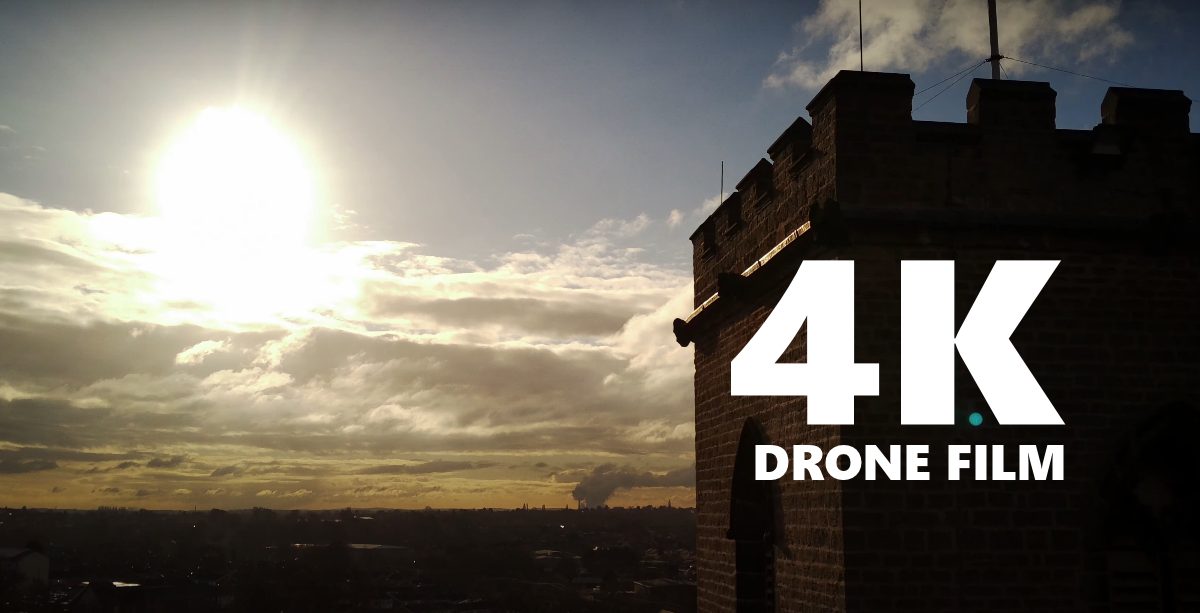 Standing proud atop a hill with stunning views is St Marys Church in Bulwell. Pass the place of fellowship near every day, it’s hard not to be impressed with the structure. More than 100 years in situ, build beside a former Anglo Saxon earlier church. The alter still remaining in the grounds.

How the project came to be is that a few threads all converged. Chatting back and forth with my friend Tracy, who attends with her family to the venue. About recent drone footage, I had filmed. I put the idea out, that would the vicar and community be interested in some photography and videography of the church being done? In my mind, it is a great location. Beautiful building. There are some functions of the FIMI X8 SE 2020 drone I have that I have yet to use in video. Not asking for a monetary commission. An educational exercise, producing a video and produce some photography that the community can enjoy. Which could lead to further projects, by word of mouth and sharing. Building a good portfolio.

I reached out to the vicar Andrew Fisher, for permission film and a proposal to produce a short film in early December. A positive and excited reply arrived in my personal inbox.

My challenge would be the right time and day. British weather at the best of times is unpredictable. In mind, I wanted to film prior to Christmas. Go for a sunrise / sunset, some good contrast colours to bring out the light. Having to take my opportunities in and around my somewhat chaotic work schedule. So it meant keeping an eye on the heavens for good lighting. First attempt, mid December. Taking a trip up to the church, a free afternoon. Unfortunately, the light due to cloud cover was diffused as sunset closed in. Second attempt, my son joined me on the 27th December. The drone was throwing up, temperature errors. Not something I had seen before. It was a particularly biting cold afternoon. Did get the drone up in the air eventually, but the sun had just dipped beyond the horizon.

29th Dec, a perfectly beautiful afternoon. Sun an hour before sunset. Took plenty of high-quality footage. Getting also to meet Andrew. We walked around the structure, enjoying a conversation and highlighting a number of interesting features. Once home seems the technology gremlins had gotten into the memory card! Recognizing the number of files, their content, simply would not read the video or photographs copy or play them. Somehow corrupted? Using specialist recovery software yielding no useful results either. My only course of action was to once again to take to the sky! Gah! Not one to be defeated, perseverance and commitment to producing what I had set out to film.

Some days later the 5th date of the New Year. The stars aligned, for a near clear afternoon. The first in many a day. Picked up my equipment and marched the mile or so to the church. Preparation key, being stern in intention, wearing my newly received Christmas gift. A Drone pilot emblazoned hi-vis vest. Batteries held warm against my body in inside jacket pockets. The result of which can be seen here. Stunning footage captured in and around St Marys. Really proud of some of the new techniques I employed, the slow rotation and cycling upwards pan was no easy feat. Being sure to capture the majesty of the honey-coloured tones of the brickwork in the lowering sun. The detail of the protective gargoyles.

“When it doesn’t go to plan. Live in the moment, of the chaos. The eye of the storm. The sky above is the clearest.”
“Find the balance and persevere.”

Listen to the podcast I produce and host Our Curious World, available on Youtube, Bitchute and all good audio podcast apps and websites.

Lovejoy Denigro | Our Curious World #28 - Zanda Zulu. The art of wrestling and culture