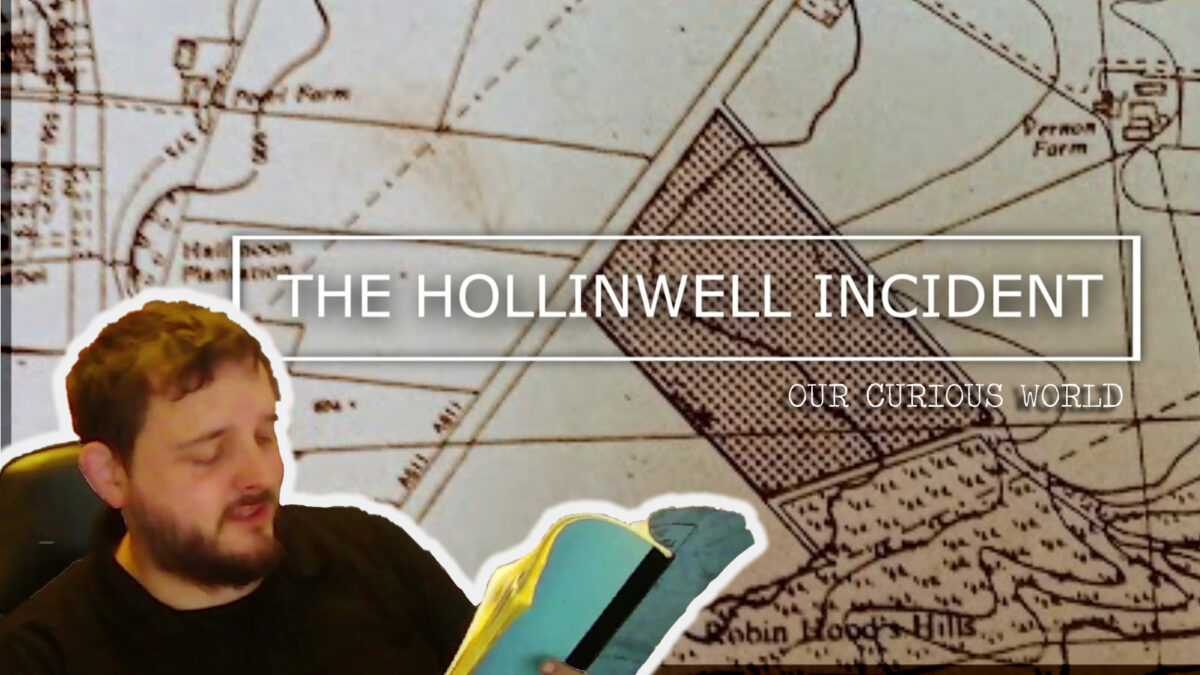 The Hollinwell Incident, 255 children mysteriously collapsed at a Jazzy band gala event held at the Hollinwell Showground, Kirkby in Ashfield in July 1980.
Mass hysteria? Poisoned? Was there a cover-up? 40+ years on, still holds hot debate and discussion over the true events. Our Curious World obtains the original government report. Seeking to learn why was the conclusion was so controversial? Regional MPs were not convinced and were seeking sort a deeper inquiry. Comments from those who claim their health was adversely affected and their continued ailments. The conversation and topic comes up every so often. This presentation seeks to keep the conversation grounded in reality.

Have also made this available as an audio podcast too with a high-quality 192kb media file – Available wherever you get your podcasts! Download or play here. Search ‘Our Curious World’

I spoke with a number of people who gave commentary on their experiences of having been present on the day of the Hollinwell Incident in July 1980. Including Neil Lancashire, the regional media photographer. Whose photography of the chaos and confusion was captured on the day has endured. I spoke with Neil on the 12th January 2022.

Following correspondence with Ashfield District Council, was informed their copy of the official government report of Hollinwell Incident could be made available. A trip to Kirkby to Ashfield was able to collect the report. Using information found within the document and with the info of Bob Rickards notes and news clips which were presented in the Fortean Times article from Sept 2010. Mass Hysteria in Schools: A Worldwide History Since 1566 from Dr Robert Bartholomew and Bob Rickard. Further information from Reddit and ATS, revealed some lines of commentary, as does the BBC article from 2003, having a number of user comments.

BBC Inside Out feature https://www.bbc.co.uk/insideout/eastmidlands/series4/holinwell_incident.shtml

* – reports within the Appendix 5. 4 reports of Mass Hysteria.

“Tridemorph is applied onto many crops across the world, but very little data on usage and production is in the public domain. In high doses it has been shown to have teratogenic effects. These effect are manifested in edemas, hemorrhages, hematomas, abnormal development of the brain (hydrocephalia), visceral cranium (micrognathia, cleft palate) and genitourinary system (hydronephrosis), in decreased size of pelvic bones, shoulder girdle, front and hind limbs, etc.”

Episode 13 – Rabbit Hole That Is Reality