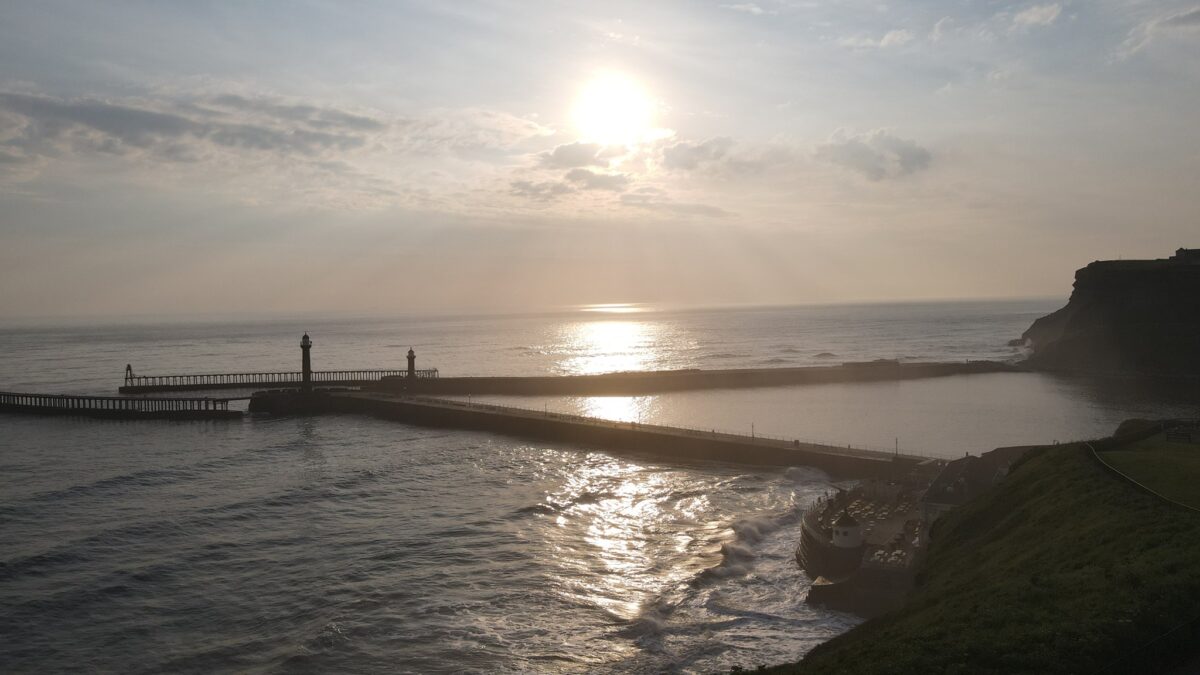 Great weather and a few days off coming together at the end of May 2021. Instead of watching the paint on the four walls of home. I wanted to get out and enjoy some sights. Whitby has always been on my bucket list of places to go, but for one reason or another haven’t visited. The Abbey and the inspiration for Bram Stoker to create Dracula. Friend Billie lives that way, forwarded some suggestions of hotels and b&bs a rather interesting locale known as the Bats and Broomsticks Guest House was among them. A themed quirky guest house of different rooms.

In a similar conversation with friend Alice about time and good weather what do to etc. I threw it out there of taking the train and heading up to Whitby for a couple of days, taking the drone. Conversation quickly evolved to become ROAD TRIP! As also have same time off.

Adventure to Whitby vlog. Road trip, Bats and Broomsticks, Vampires, Dracula room. Taking the drone up above the beautiful Whitby Bay, Marina, Along the cliffs and Lighthouses at sunrise. Join me exploring the Whitby Abbey and more.

Created also a separate video without the vlog elements highlighting photography and drone videography around Whitby.