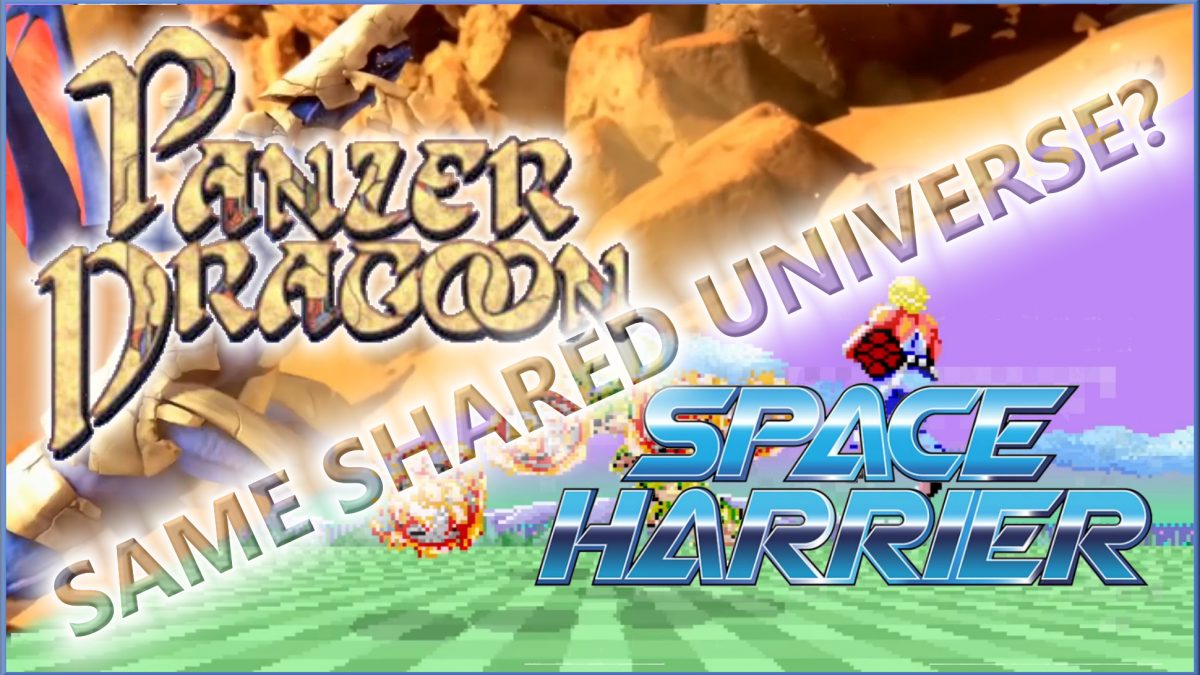 Call it a Game Theory perhaps? Are Panzer Dragoon and Space Harrier in a shared universe? The revelation came after purchasing the recent release of the Remake of Panzer Dragoon. Developed by Megapixel Studios. A remarkable title, build to reflect modern game mechanics and graphic style. Running through the games 6 levels, a number of enemies and game references piqued memories of enemy types within Space Harrier. Identical motions. Attacks. This is where my research began! Soon there was so many references that I began to note them down.
The list grew as similarities and key points arose. Particularly when starting examining the manuals and the lore between the titles. An ancient age, ancient tech, a land of dragons, bioengineered creatures. Examining them as a timeline!

Production-wise, I intentionally took inspiration from the Game Theory videos, with graphical overlays and fast-moving scene to scene. Always keeping the animation moving. No stills. Showing footage to attribute to information.