Home > Video > What happened to SEGAs mighty Virtua? The history and influence of Virtua 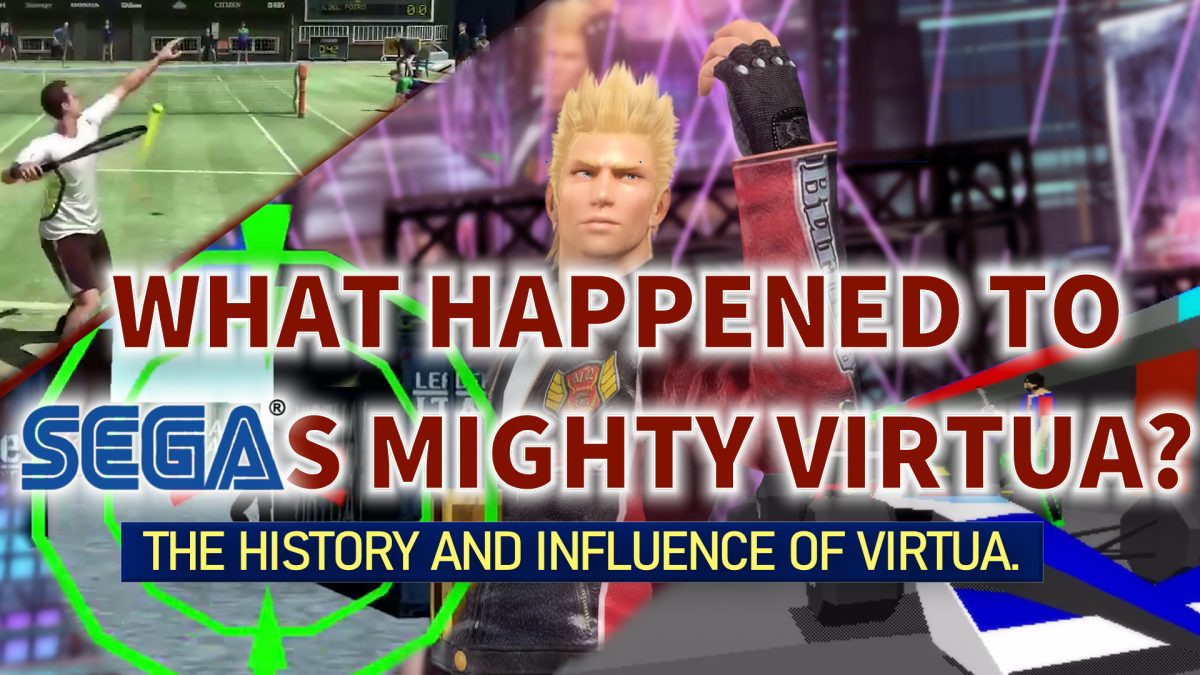 What began as a reply to a Facebook post on the Saturn Junkyard page. To a user asking the former gods of SEGA for a new Virtua Cop title. Became a documentary into the story of “Virtua”. A standard of excellence its revered brand strived for. The influence titles such as Virtua Racing, Virtua Fighter and Virtua Cop had on the whole of the gaming industry. The term Virtua is such a 90s word. The connotations to a time of innovation and technical achievement.

Including input and comments from Saturn Junkyard supremo Father K and popular gaming streamer Retro Faith. We explore the world and history of Virtua.

What took a lot longer than expected, I wrote and recorded the script in one evening. Thinking perhaps somewhat naively, Ah, I have a ton of footage that will be easy to drop on top. That’ll be a nope! Telling a story visually, is very different. Bringing in elements, and animations. All the footage and B-roll is recorded via original content, emulation or from trailers of the various titles. Aiming to get the best footage and highest quality possible. May have to excuse that spinning hammer throw!

There’s a few caveats to that, the hardest footage believe it or not was Virtua Racing! Kept crashing or MAME slooowed down!
Really wanted to get the “Actua” brand section in there. Like Virtua, it has a take on a used word and creates something new! Giving new meaning and definition. Hitting in and around the same time.

Wanted to give the video a certain documentary feel, which I believe I have achieved.
Wanted to also get comments from James Jarvis of ItsMuchMore, time never seemed to bring us together to get the recording done. Which in fairness brings us closer together on other project ideas.